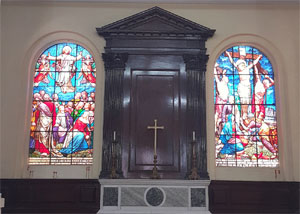 Various legends and stories are related regarding the construction of the church by James’ Skinner. The most popular of them is that Skinner made an oath and promised God that he would construct a Church if he returned alive from the battle field at Uniara, where he lay badly wounded in 1800. God answered his prayers and Skinner survived the battle and to keep his promise, he had the church constructed.

The architect of the church was Major Robert Smith, an army engineer. The construction of the church commenced in 1826 and it was completed in 1836. The church was consecrated on the 21st of November 1836, by Daniel Wilson, the Bishop of Calcutta. James’ Skinner died at Hansi on 4th December 1841. Though he was initially buried there, later his remains were brought to Delhi, and interred within the church on 19th January 1842. 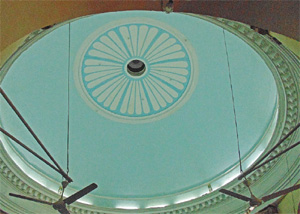 Subsequent history of the church