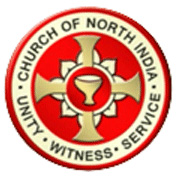 The Church of North India (CNI) is a United and Uniting Church which was inaugurated in 1970 after many years of prayers and preparation. As an ecumenical expression of the unity of the church in India, the CNI covers the whole of India except for the four southern states, i.e. about two thirds of the entire country. Geographically it is spread over varied areas, ranging from hills to deserts and to coastal regions, covering both rural as well as urban populations of approx.1,600,000 Sq Kms of area. The church intrinsically brings together people of diverse cultures, traditions and life-styles, journeying with them in their struggles and their joys.

It took 40 years of prayer and negotiations to bring the Church into existence as six denominational churches: the Council of Baptist Churches in Northern India, the Church of the Brethren, the Disciples of Christ, the Church of India (formerly known as the Church of India, Pakistan, Burma and Ceylon), the Methodist Church (British and Australasian Conferences) and the United Church of Northern India came together with their respective resolutions of merger and in a joint service dedicated themselves to be one church at the All Saint’s Cathedral, Nagpur on 29th November 1970. The series of consultations, with a view to Church Union in North India, began in 1929. Eventually on the “basis of negotiations” prepared by a series of Round Table Conferences, a plan of Church union was drawn up. A negotiating committee was constituted in 1951 by the Church bodies concerned – which were the United Church of Northern India, the Church of India, Pakistan, Burma and Ceylon, the Methodist Church in Southern Asia and the Council of the Baptist Churches in Northern India. In 1957, the Church of the Brethren and the Disciples of Christ also joined in the negotiations. The plan reached its fourth and final edition in 1965 and, on whose basis, the Church Union in North India took place. It was a setback that at the last moment, the Methodist Church in Southern Asia decided not to join the union. However, the Methodist Church, the British and the Australasian have joined the Union. Since the inauguration, a remarkable achievement of unification, the Church of North India as a United and Uniting church has been committed to announcing the good news of the reign of God inaugurated through the death and resurrection of Jesus Christ in proclamation, and to demonstrate in action the integrity of God’s creation through continuous struggle against the demonic powers, by breaking down the barriers of caste, class, gender, economic inequality and exploitation of nature.

Today as a post-denominational church, CNI continues its growth, guided with its motto: Unity – Witness – Service, reaching out to the community and society around them in various expressions of ministering the people in love of Christ through its 27 dioceses.